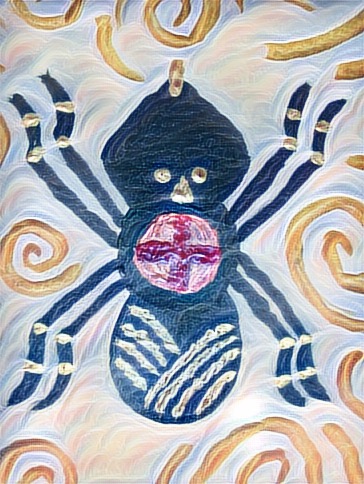 The example I’m about to give is based on land grabbing practices.  We see this historically all over the world and there was none worse than the hundreds of millions of Native Americans who were either massacred or captured to disrupt their relationship with the land.  And place based practices are the power monger’s worst nightmare.  They hate it.

So ultimately the schism is the disruption, and repeated disruption, needed to keep us under control.  It’s a split.  A psychological split that forces humans to fight amongst each other.

The narrative?  Yes, you’re being fed a narrative.  If you didn’t know you were being fed a narrative to maintain your enslavement, don’t worry because that’s exactly how they like it.  So you say, “how can a narrative control my behavior?”  Humans are story creatures.  It’s the stories we share that inform how to look at the world.  If you heard a narrative of how humans were generous beings and always cooperative, then you would come to believe that was the case.  And not only that, but you would distort naturalism and spirituality to make yourself believe it.  Not only would it be divine to you but you would also think it was completely natural for humans to be  generous and cooperative.

So the opposite would be true.  In fact, the opposite is the narrative you’re being fed.  And you believe it.  You actually believe “big fish, eat little fish” is the paradigm in which the world operates.  If you have a college degree in the humanities then none of what I’m saying is new to you.  This discussion is common in academia.  Why is it so common amongst intelligent people but the average person doesn’t get an opportunity to consider this manipulation?  Because if you want to kill a movement, make it a theory.

Okay, I’ll come back to my original point.  That side note was needed to create a foundation to what I’m about explain.  First, you’ve been dislocated.  Meaning, you’ve been separated from land.  Why is that important?  Because for the majority of human existence on this planet we lived in symbiosis within an ecosystem.  Then about five hundred years ago something happened.  People were forced to move off their ancestral homelands by a small elitist family.  Waves of people came out of Europe, most of whom were prisoners and were enslaved to mine for gold or forced to work on plantations.  White slaves.  It was economic.  The kings and queens needed more “stuff.”  Through the actions of this small elitist family in Europe the entire planet was harvested.  All races were disrupted:  white, black, and brown.  All shades of skin pigment.  The entire planet has been conquered.

The result?  You’ve been disassociated for generations from your original instructions.  Your original instructions came from the ecosystem.  When you learn to live in symbiosis with other life forms, you learn how to create a balance that is less destructive.  It’s a self preservation based in generosity.  I take care of you and in turn you take care of me.  Were we perfect?  No, but we didn’t self-destruct an entire planet, as we’re doing now.  And we didn’t destroy the environment for our own children and grandchildren.  How do you feel about creating misery for your own kids?  You screwed this planet up so bad, your own children don’t have a habitable place to live.  The air they breath is poisoned.  The water they drink is laced with chemicals.  The food they eat has no nutrition.  The basics of life have been destroyed:  food, water, air.

All because you believed the king’s narrative.  Big fish, eat little fish.  They conquered us all with such a simple narrative.  Are we that weak minded?  Do we have such little critical thinking skills that we can’t see the trees through the forest?  How long are you going to allow yourself to be disassociated from the environment?  Are you going to let them scare you away from being in nature?  Are you going to let them train you, like a monkey, to love that computer screen, smart phone, and tablet?  Love it, worship it, be enslaved until you’re so spiritless you don’t care about your own destruction or the destruction of your own family.

3 thoughts on “Schism & Earth: The Practice of Psychological Relocation”